In school, Alex was not looking forward to missing class in order to ---.

Alex saved Milvain's life after realising the fake workman planned to what?

detonate a demolition charge just behind his podium

Before Ash killed John, Mrs Rothman had told him that ---.

A few weeks after whipping Ilya, how had Krakov taken revenge on Yasha?

He sabotaged Yasha's final exam in maths, stopping him going to Leningrad.

He fired Yasha's father, forcing the entire family to move to Siberia.

He paid a Mafia hitman to break in to Yasha's Moscow home and kill his dog.

He kidnapped Yasha and Ilya and tortured them, which led to Ilya's death.

What reason did Monica give Yassen when claiming she wanted her sister dead?

She had stolen Monica's husband and now wanted to pay her off.

Their father had cut Monica out of his will after her sister lied to him.

Monica's baby had died when her sister was meant to be babysitting.

She was blackmailing Monica and planned to leak private photos. 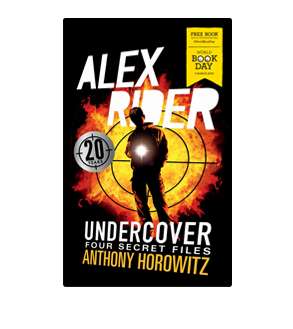