During The Gathering, why did Tom Thorne interrupt Ms Cocker?

to explain that the hall's library had been vandalised days earlier

Which of these did Norva find on the sisters' first morning at the hall?

a card with handwritten directions on it

a bit of frayed rope caught on a fireplace brick

a scratched lens from a pair of glasses

a secret entrance to a room, found by moving a book

Which of these led to the sisters learning the Harlows had the same note?

They heard the Harlows' cries for help and found them in a valley.

All four girls reached the Peaks' rickety old bridge at the same time.

They got a text from the Harlows, saying they were trapped in a cove.

They became lost following the yellow ribbons, and the Harlows rescued them.

What did Nik realise when she saw the Harlow's copy of the note?

Both of the notes had the same strange crease at the top.

The handwriting of the two notes didn't match.

In the message, the letters "O" and "I" were actually zeroes and ones.

When put together, the yellow drink stains one each of the notes lined up.

Just before attempting to call the police, what did Tom reveal to Millie?

He would have given her the hall if she had only told the truth and asked.

The hall had been sold to the National Trust years before her father died.

He had known she was his sister all along but had kept quiet for her safety.

Their father had left her the hall's treasure, but she had never claimed it. 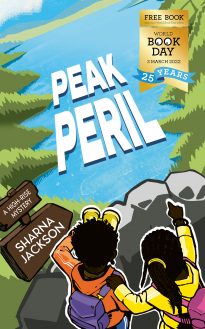